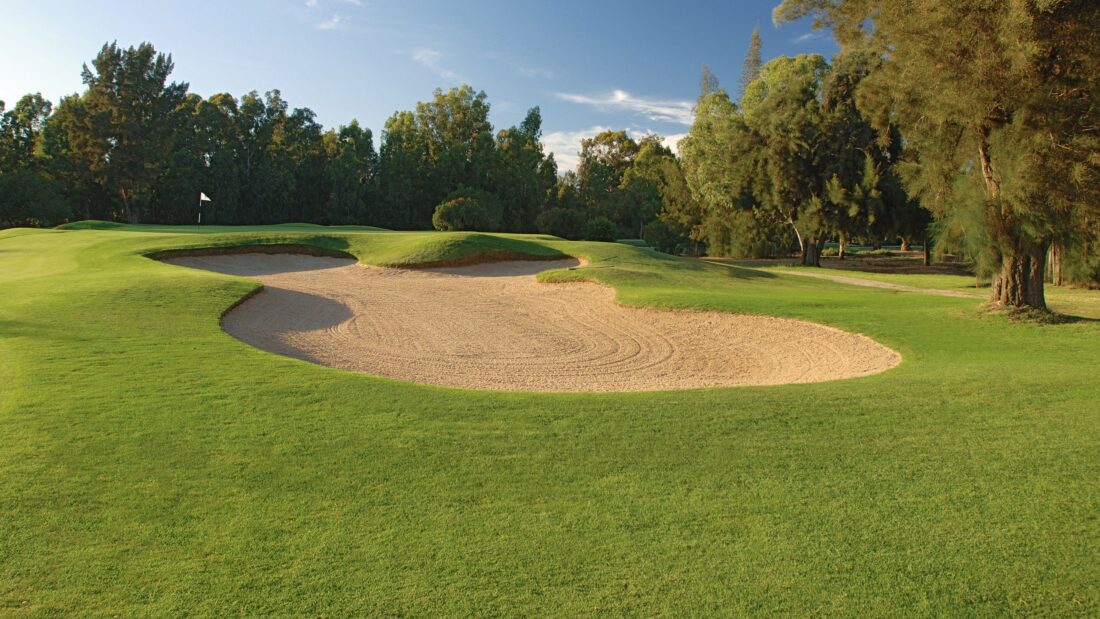 Penina is a truly magnificent golf course. The challenging layout will test every golfer’s shot-making ability, a very well maintained course, played through Eucalyptus trees and clumps of palms trees to mainly elevated greens.
The Penina layout is a fairly traditional design of two loops of 9 holes; however, untraditionally the course is a par 73 with only one par five on the front nine holes and four on the back nine. With the sun shining as it often is and the smell of eucalyptus in the air from the many trees the golfer could be mistaken for thinking that they were in for a nice relaxing round. This would be a mistake. From the very start of the round, the quality of the course, and the test the golfer is going to be subjected to is much in evidence.

The gently rolling fairways are well manicured, the hazards are well placed and numerous and the greens are always in great condition, difficult to read and often tough to find. Right from the outset the golfer’s game will be tested. The first hole at Penina is a long dog-leg left to a well guarded narrow green, and this is followed by SI 1, a 401-metre par four that plays to a domed and undulating green tucked to the left and protected at the front by a stream.

The pick of the other holes on the front nine are the 5th, 7th and the 9th. The 5th is the only par five on the front nine and only measures 451 metres from the back tees, however it’s a perfectly designed risk and reward hole. A good drive in the centre of the fairway will have the golfer considering trying for the green in two, however a large lake and out of bounds await all but the crispest approach shot.

The 7th is a superb little short par four with a lake left and a stream across the fairway at the driving distance. A long, narrow green protected by two large bunkers means an accurate approach both in line and length is required. Finally, on the front nine is the 9th, a dog-leg left par four that only measures 388 metres from the championship tees, however the hole feels much longer as the approach is up hill to a narrow, sloping green.
As already mentioned the back nine at Penina contains four par fives, the 10th, 11th, 17th and 18th, however, in our opinion, the pick of the holes on the back nine are the 12th and 13th although none of the others could be described as weak.

The 12th is a cracking long par four measuring 385 metres. Almost dead straight and with only one fairway bunker and the trees as trouble off the tee it’s not until the golfer arrives at his ball for the approach will this hole’s true majesty be realised. The green, which is not large, sits nestled directly behind a lake that snakes its way through the hole and on to cause further consternation at the next hole, the wonderful, terrifying 13th.

It is said that 1 in 5 golfers fall foul of the lake guarding the 13th, a long par three measuring 185 metres from the white tees. In fact, a dredging operation in 1986 recovered an amazing 20,000 balls from this lake alone. The green is narrow, wide and sloping back to the water so selecting the right club is crucial. Two par fives to finish allow some respite and even the chance of a birdie or two to hopefully end your Penina experience on a high. Book your golf at Penina Golf Course with us. 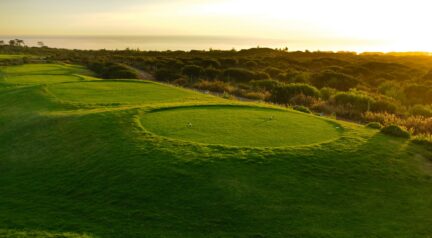 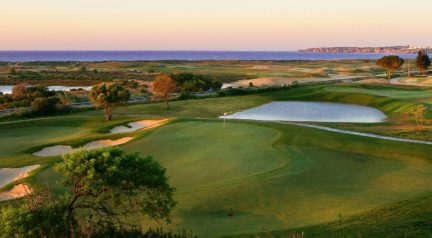