Boavista Golf Course is located near the town of Lagos in the Algarve. Inaugurated in 2002 this fantastic golf course was built to a design by English architect Howard Swan, its layout occupies an impressive clifftop location overlooking Luz Bay on one side and the wide sweep of Meia Praia beach beyond Lagos.
Boavista has established itself as one of the best courses in the area. The layout has been cleverly thought to preserve and integrate harmoniously the area’s natural terrain.

Howard Swan was a past president of The European Institute of Golf Course Architects and his philosophy – to create a course as if it has always been there – has been sensitively applied at Boavista, preserving, integrating and harmonizing with the area’s natural terrain. Rolling fairways weave their way between water hazards and shrewdly placed bunkers, the signature hole on the outward nine is the stunning par-4, 7th hole set against a glorious backdrop of the sea and with exciting views from Praia da Luz and the hills at Monchique. The challenge awaits you at Boavista Golf. 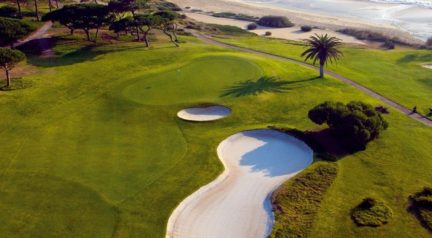 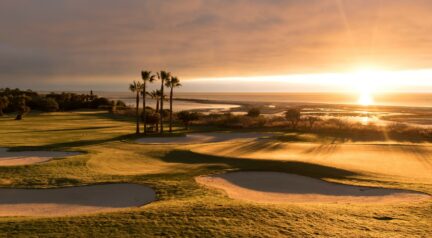